The Blerch Has Been Beaten, For Now 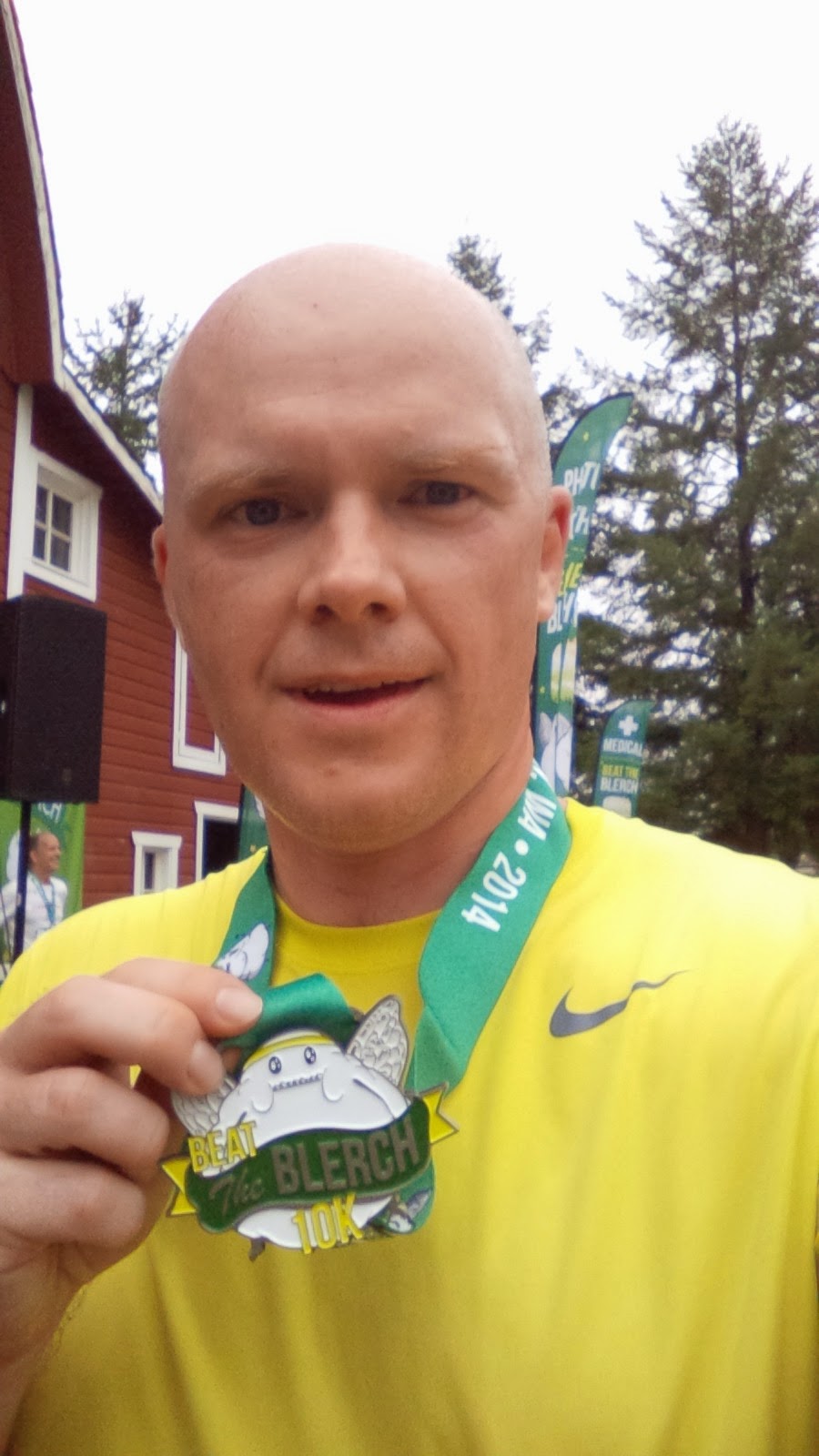 Friday I was frying with a high fever. Yes, the first school cold is rolling through our house and I felt terrible.

I skipped going to pickup my race kit on Friday and thought I would not make it to the race Saturday morning. When I woke up, I was not a ball of fun. I pulled on my running gear and shuffled out to have some waffles with Nutella (breakfast of running champions).

My kids and wife asked, "Are you going to go run?" I told them, "I don't know. I am going to get my race kit at least and then I will see how I feel when I get there."

I truly felt terrible and did not want to run. But I realized this was The Blerch, inserting excuses. Excuses like, "You didn't train. You feel terrible. You have a fever. Go have a rest, you'll feel better."

Screw that, I knew from past experiences that running will make my cold "disappear" for a couple hours. Once I got to the race start I was starting to think, ok, I can do this.

When I got to race kit pickup and I think they saw I looked like hell. They offered, "Hey, if you want you can downgrade to the 10k."

I now had an extra 30 minutes to hang out and decide to do this.

The 1/2 marathoners were off and we started to lineup for the 10k.

I decided to use a tactic I had used before. I went into the back of the pack with the "hope" I would feel good enough to pass people and have that motivation to spur me on. It appeared to work as I passed people and felt propelled by this. I was not sure I'd be able to keep up the pace but it was working well.

I steadily passed people until I hit an equilibrium and stayed pace with the people around me.

Then I ran a good race. I stopped twice to take a walk break, once in mile 4 and then again in mile 5.

The race was super fun with a ton of costumes (Banana Man, Hot Dog Man, many Blerch, fat suits, an Oreo Box, a female Rebel Pilot in Orange dress, the list goes on).

A truly funny part was when a lady dressed as a Blerch called out to me to have some cake as I ran towards her at the 3 mile food station. Near her was a Sasquatch lurking in the woods frightening/taunting people to join a Blerch for Nutella Sandwiches on a couch. It was a bit surreal, like running through an Oatmeal Comic.

Email ThisBlogThis!Share to TwitterShare to FacebookShare to Pinterest
Labels: running, The Blerch