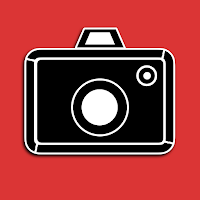 Well, I finally completed an app (again) for the iOS AppStore and launched it. The app is called Selfie Band, a camera app for the iPhone which allows you to use a Microsoft Band as a remote control. Check out more about the app at the NewThistle Blog: Announcing Selfie App

You can also checkout the Selfie Band HomePage.

Then I went to work for BlackBerry for a little under 4 years where the employment agreement included a non-compete clause that meant no apps in competing AppStores. Hence, I was a Mac OS X/iOS dev at BlackBerry but could not ship my own apps.

I left BlackBerry at the end of 2013 and hence that restriction was lifted. At first, my biggest problem was what to write?

When I joined the Microsoft Band team (as a contractor) there were no restrictions on releasing my own apps. In fact I have been encouraged since I work on the Public SDK and help third party developers integrate their apps with the Microsoft Band on iOS.

Selfie Band has been several months in the making, though it might not look like that to some. In that time I took on maybe too many after-hours activities. A couple include:

So, as time dragged on and I had not shipped anything I knew it was time to concentrate on one app, cut features and ship it. There are many things I would love Selfie Band 1.0 to have but shipping was more important than adding features users might never want/need.

About 5 weeks ago I put the final touches on Selfie Band and prepped for AppStore submission. After a month in review including one rejection, Selfie Band came out of review last Friday and it was left to me to hit Launch.

So, last night, at NSCoder I put the final pieces in place and Launched!

It feels good to be back in the AppStore with something new that I designed and wrote myself.

If you have a Microsoft Band and an iPhone then check out Selfie Band so you can take photos from your iPhone with your Band.
Posted by Unknown at 7:00 AM

This stuff is down t earth, hats off buds out there. wp themes