Today's Adventure Day was to a road trip to Point Defiance Park in Tacoma, WA. Our main draw Fort Nisqually which we were lucky enough to visit on the off season. It was not very busy and we got to spend a lot of time speaking with the interpretive staff who are dressed in period costume and are ready to tell you about the day to day life of the fort around the 1840s.
was 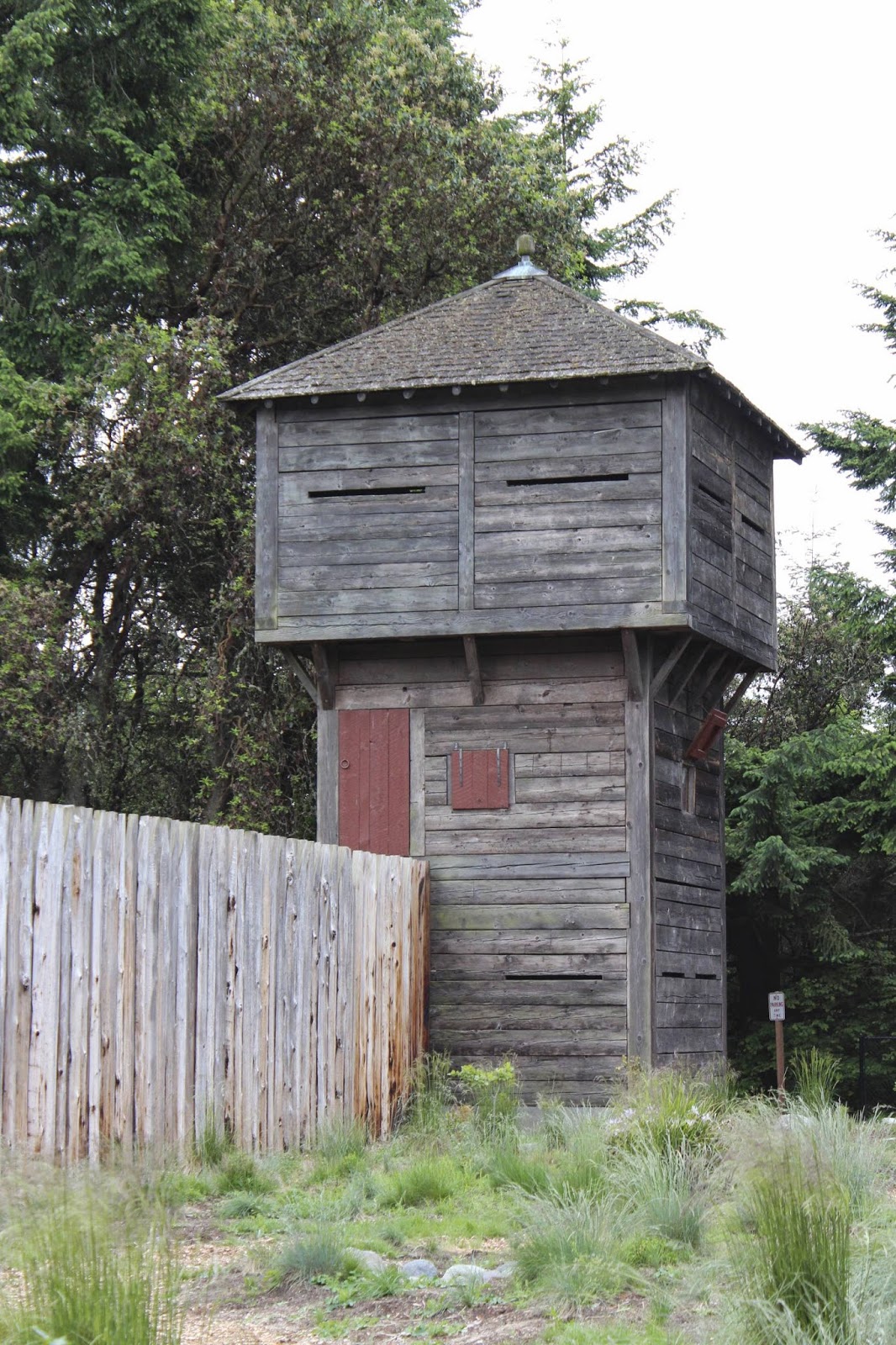 The Fort was established by the HBC as a fur trading post and farming outpost that supported the Puget Sound area. The Fort started as a way station along the path from Fort Vancouver to Fort Langley in 1832. It was turned into a proper Fort in 1833.

While there we had long chats with period actors. One regaled me with the story of his ancestors. We discussed where I worked as a programmer since a programmer in those days was a clerk that did calculations on an abacus. We talked about strategies for creating customer demand to fuel profits such as selling muskets at cost to the natives so that they must come back for powder and bullets. Sounds a bit like today's tactics like selling game hardware at close to cost so that people will purchase games.

The more things change, the more they stay the same was the general consensus we came to.

Michele decided that if one of us starts working half time or we can figure out how one of us can leave work, that chickens would be the way to go. They do a great job of eating bugs in your garden, produce 1 egg/chicken/day, their scratching to get bugs tears up the leaves to increase leaf breakdown, and are all around awesome sounding. Oh ya, and you get to eat them when they slow down on egg laying.

Not exactly practical for a modern life but if you can swing it or have one person living at home and have an acre of land then it is a possible alternative.

As we were getting close to leaving, out came Patrick Haas, one of the other interpretive actors at the Fort. He plays a Gourd Banjo in the style of a banjo that would have been played in the 1840s. He also plays some percussion bones and sticks, as well as a mouth harp.

We spoke a lot about banjos, cigar box guitars, and guitar playing. He also let me know about the 42 year running Northwest Folklife Festival which was going on this weekend from May 24-26 (post to come) at Seattle Center.

It's always fun to meet another guitar player and discuss their particular guitar passion. Be it folk, slide, finger picking, blues, etc.

I am sometimes shy and hesitate to approach people to strike up a conversation. Call it nerves or whatever. I find that in general though it really pays off to open up and make connections. In this case, I made a new connection with a fellow guitar player and I found out about a great festival.
Posted by Unknown at 8:00 AM