Why a Cigar Box Guitar? 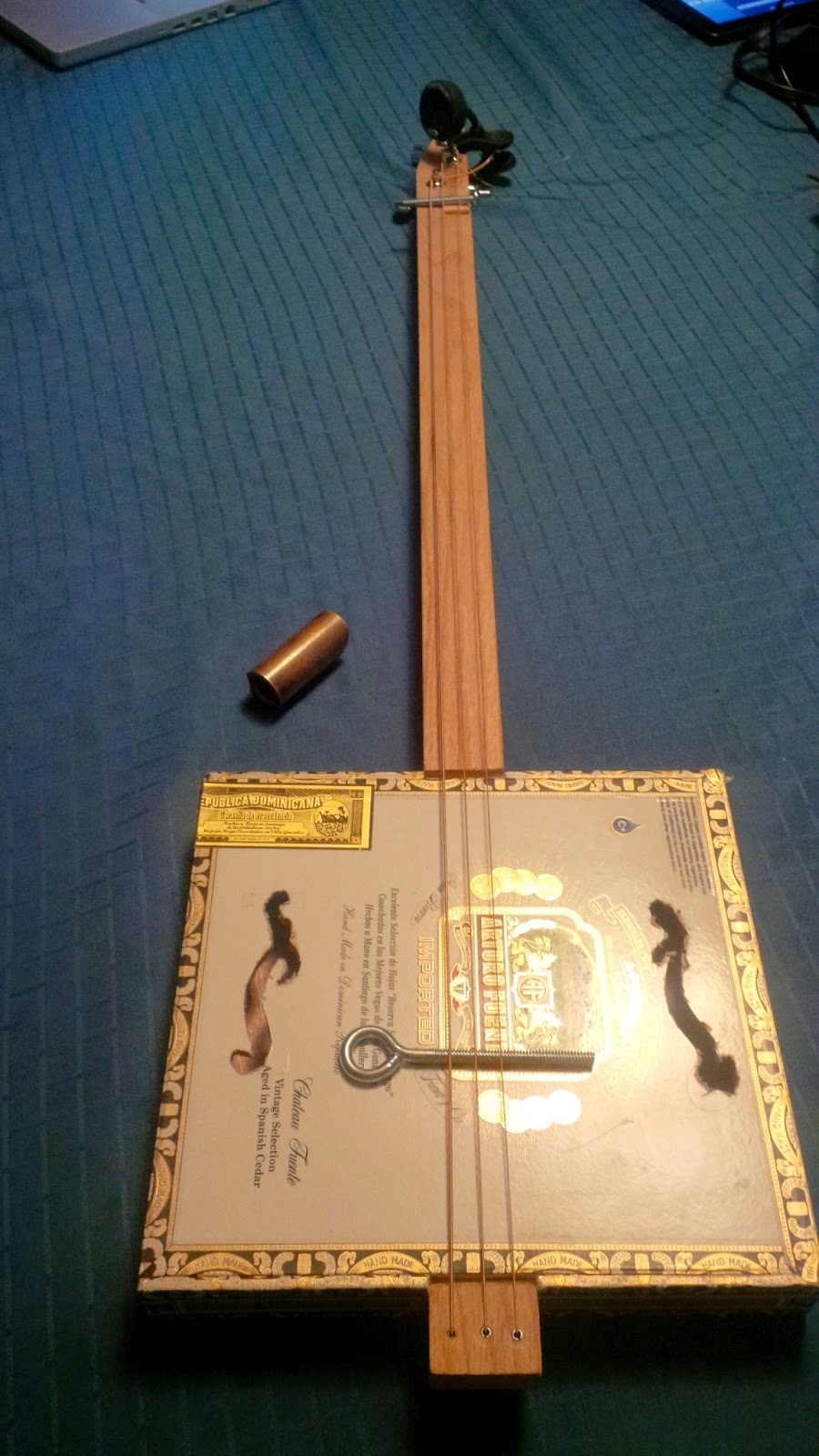 I came across Hollowbelly and had to know more about his guitar (based on the track Shotgun). That got me searching around and reading that a Cigar Box Guitar (CBG) is exactly what it sounds like. A guitar made with a cigar box as the body.

Now, as anyone who follows me knows, this has been an ongoing project for the past week or so. I started to write this post before I got so deep into the CBG but then enthusiasm got the better of me and I built one. So, here is some rationale for Why a Cigar Box Guitar?

These homemade instruments can be traced back to 1840, the first illustration is from an copyright in 1876, and the first published plans for how to make your own were seen in an 1884 publication by the co-founder of the Boy Scouts of America. The plans would later make it into the 1890 edition of American Boy's Handy Book.

Here's where things start to get interesting. These homemade instruments were instrumental in the creation of jug bands and blues. For myself, blues is the heart of rock and roll and something I keep trying to learn more of. A cursory look into playing the modern 3 string Cigar Box Guitar (CBG) shows that many blues licks originated on these instruments.

Speaking of number of strings, Keith Richards even once stated that there was no need for the 6th string on a guitar. Here is a great interview answer about using 5 strings:

As Keith mentions in this, when you are limited to a 5 string open tuning you have only 3 notes to work with. The CBG is the precursor to this and the players had to find ways to do more with less on their guitar.

So, a lot of the early blues can be traced back to these "limited" instruments that forced their players to become more creative to work around the limitations. Very cool stuff for a guitar player.

When I started to read up on this I thought, well heck, I have to make one of these. So that is what I just did. Here is a pic of the new guitar.


So, that's the start of my Cigar Box Guitar journey. I plan to make a 2nd so that my two boys can each have one. Which means I need to make a 3rd for me. My youngest also wants a Ukulele, so why not a Cigar Box Uke! This is getting out of hand as you can see.

I have more posts planned on this subject, so hang on while I bring you along for a trip down the Cigar Box Guitar rabbit hole.
Posted by Unknown at 8:00 AM