My oldest got a Snap Circuits Kit when is was 4.  He loved it, but being for an 8 year old it saw a lot of broken projects that Dad assisted with to get going. 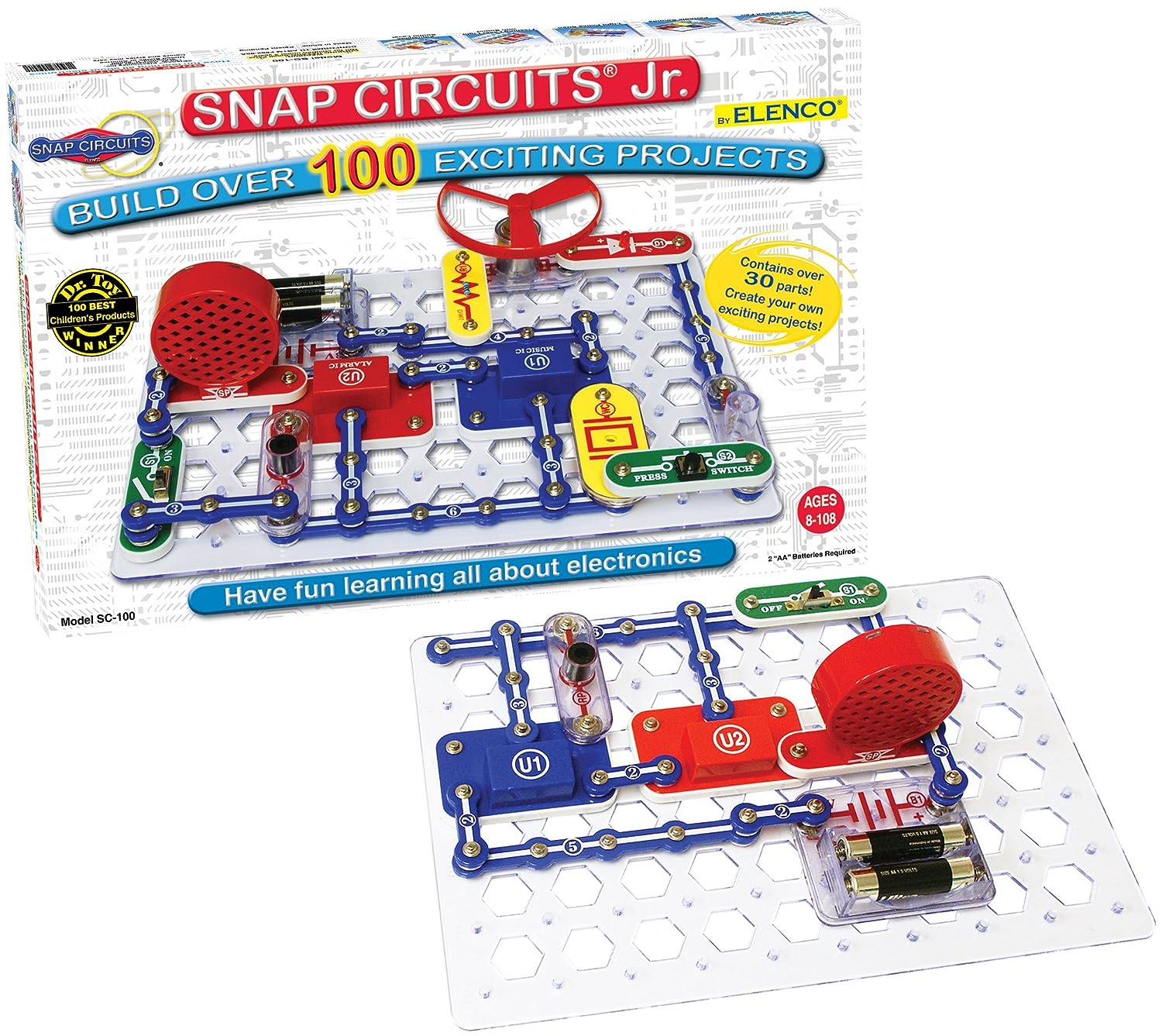 Flip forward to this year and he got one again (he got one from his uncle which is good since most of the original parts from the first are missing).  Being 8 now he is having no trouble with it and hooking up lots of projects.

Today, I decided to give it a try with our younger son, 5 years old.  He was ecstatic to get to play with it.

It just so happened that today was sharing day at school and the letter of the day was D.  One of his best friends in class brought in the same Snap Circuits Kit and his D word was "Diode".  Tell that is not cool for show and tell in kindergarten.

So, the fact I had planned to do the Snap Circuits today hit home today when his friend brought the same kit to school to show.

We built a couple of the basic projects.  Then I hooked up the Space War with Alarm and Lights project.  He loved it.  He liked experimenting and changing circuit components.

There is also a blown resistor in the kit (I assume that a circuit was hooked up wrong, needless to say the resistor is a full on resistor, nothing goes through it).  He used the blown resister to close sections of the circuit.  He did this for about 20 mins, just trying out different combinations.

It was fun to watch and observe as he explored. 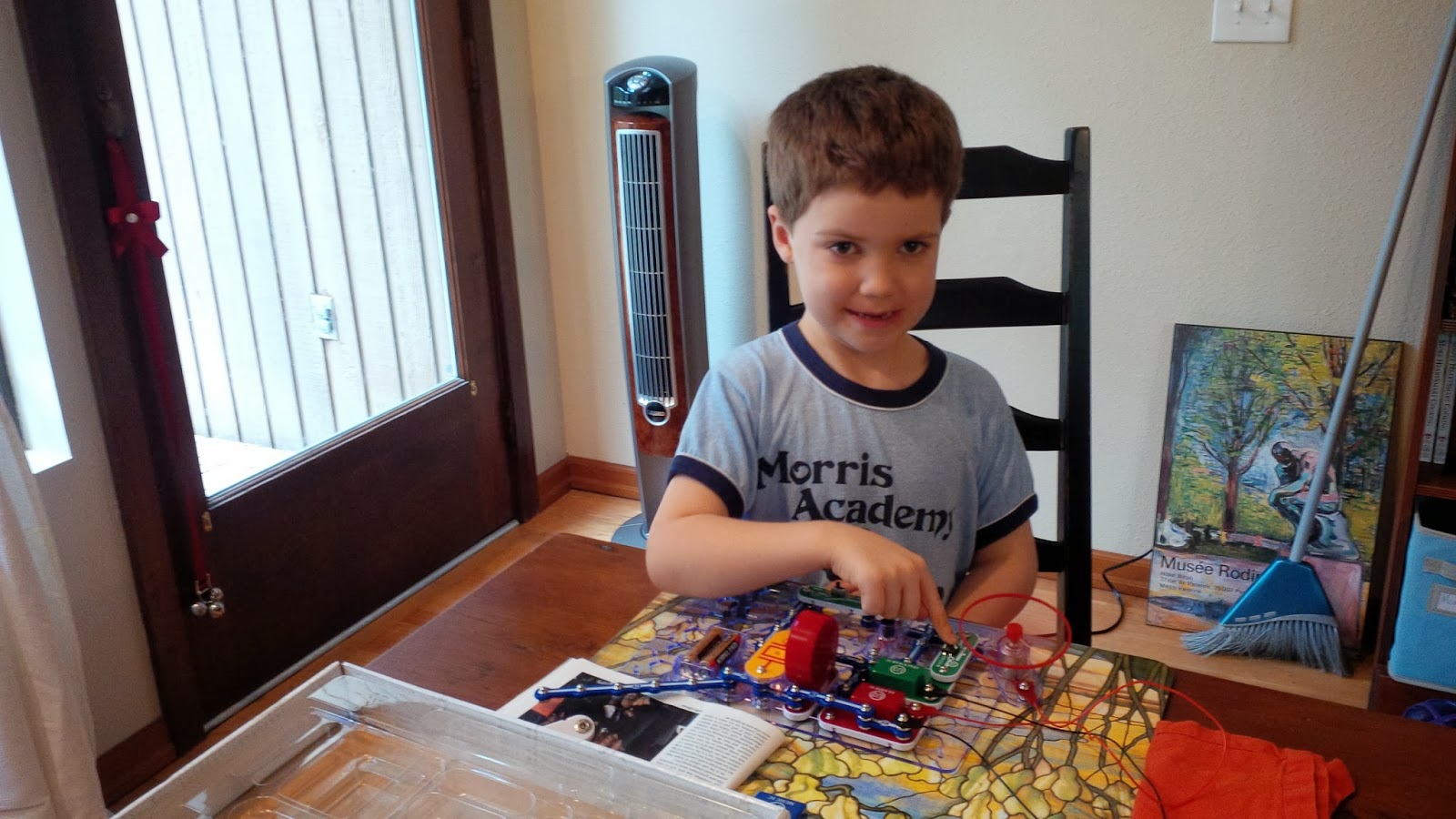 If you have a 5+ year old and are going to help with circuits, this is a cheap way to introduce circuits to them and have some fun.

Now, to go disassemble the resistor and replace it with a new one (a benefit of being a GeekDad is I have some resistors lying around).
Posted by Unknown at 6:30 AM