Yes, I had to get an xcode build working on a server and the build parameters were causing problems. How do I overload these and set them on the command line? 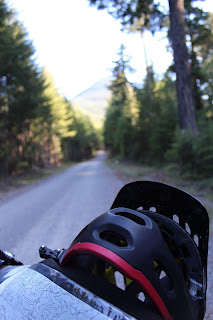 Here's a sunny ride from a few weeks back. These are some highlights from my April 17, 2016 ride on Tiger Mountain.

Wet and Sloppy Ride with a Crash Bonus

Through darkest night, through pouring rain, no weather will stop my riding...or pain.

Crashed yesterday during a wet and slippery ride on Tiger Mountain. Funny thing is, I posted some PB (Personal Bests) for time on some of the trail sections even though it was a slip slop ride bouncing and sliding along roots and rocks.

Without further adieu, here's footage from my April 24, 2016 group ride with just 3 of us braving the elements:

Posted by Unknown at 8:16 AM No comments:

Here's a new biking video from a recent ride on Tiger Mountain:

Here's a breakdown of the ride on Strava where I upload my Microsoft Band rides.

Posted by Unknown at 8:00 AM No comments:

About a month ago I was asked if I would like to be one of the speakers and present a demo that showed the integration of the Microsoft Band SDK with a Windows Universal App using Visual Studio 2015. Though nervous, I jumped at the chance to improve my presentation and public speaking skills.

You can read more and watch the video at Developing Windows Applications with the Microsoft Band SDK over at Channel 9.
Posted by Unknown at 8:00 AM No comments:

Last and First Day with the Microsoft Band SDK Team 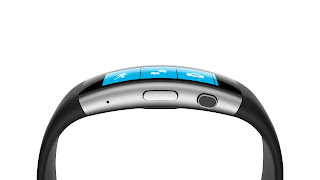 Friday was my last day as a contractor at Microsoft on the Band Team.

Today, Monday, November 9, 2015, as you read this I am likely sitting in a New Employee Orientation session. Today is my first day as a Full Time Employee at Microsoft.

I am staying with my team and will be continuing to contribute to the Microsoft Band SDK Team. I will be helping to implement upcoming features and continue to improve the Band SDK for 3rd Party Developers.

It's an exciting day. I am happy to join my team as a Full Timer and continue to improve the Microsoft Band.
Posted by Unknown at 8:00 AM 2 comments: